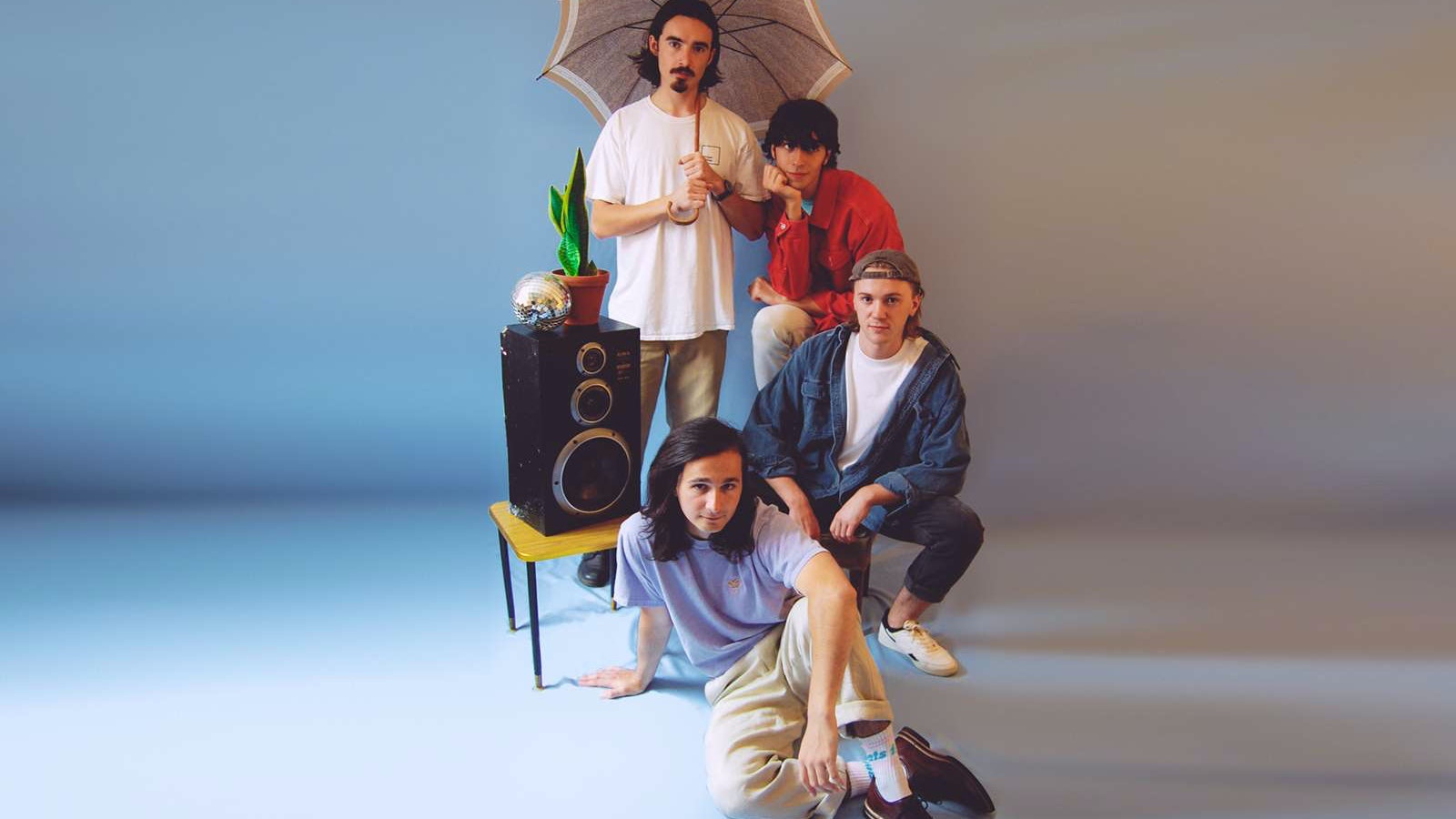 Once likened to four brothers, Tungz are a tight-knit group delivering an intoxicating blend of 70s synths, disco grooves and friendship. They began playing in separate funk bands in Bristol. Already close friends as students, Ollie, Jamie, Nicky and Rick’s earliest gigs were to packed out rooms at their own house parties. It only made sense for Tungz to continue their creative endeavours at home. In 2018, without a manager or label, Tungz released their debut singles, ‘Window Love’ and ‘Fruit’ which were produced and mixed by the band in their own basement home-studio.

Tungz became a bedroom-pop hit featuring on BBC Radio 1Xtra, Dummy Mag, and Spotify’s Fresh Finds and gained global reach in the blogosphere from Canada (HillyDilly) to Japan (Niche Music) to Atlanta, Georgia (Fluorescent Zine). The online and local excitement surrounding Tungz and their electric live show led to notable slots in Bristol’s Dot to Dot, Harbour Festival and Simple Things and secured them supports with Franc Moody, Her’s and Boy Pablo. With a unique style both in the studio and on stage, Tungz are solidifying themselves as artists in their own groovy world.

Mt. Fuji brings to life that golden age of music that stirs the heart and soul and bringing people together in the spirit of love and dance. See for yourself.